This is the assembly guide for the MRG KICK with presoldered board. If you have a non-presoldered, full THT PCB, please check the MRG KICK Bare PCB Assembly Guide .

Its build should be considered of medium difficulty given the number of components and steps required.

Step A1. Solder the four transistors. Be careful of not to short their pins. Flux, as always, is highly suggested.

Step A3. Turn the board again and solder the three transistors, using the same care used in step A1. If you want to use an IC socket (14 pins) instead of soldering the IC directly at the end, solder it now.

Step A4. Solder the film capacitors and the two 22uF electrolytic capacitors.

Step A5. Turn the board again and solder the 33uF electrolytic capacitor.

Everything apart from the two 14-pin headers are soldered on the board now. It is time to solder the front PCB.

Step B1. Check the alignment of the PCB (label U1 is the top row), arrange the jack sockets and the potentiometers. Be careful on placing the B1M at position U4. Do not arrange nor solder the LED for now.

Step B3. Install the LED cap in the panel. Firmly press the cap on the panel until it clicks in. 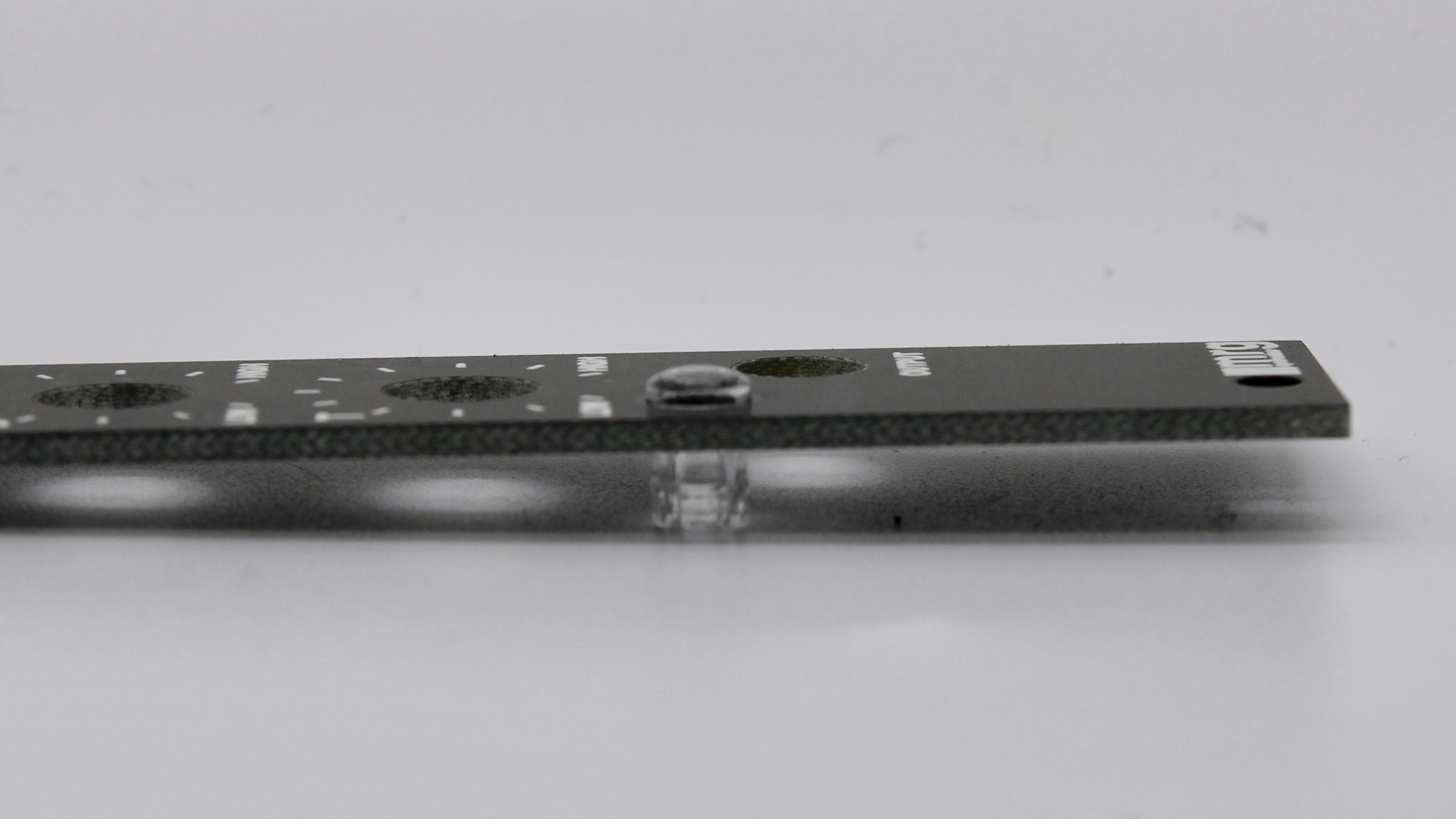 Step B4. Insert the LED as shown in picture. Doublecheck that the short lead is up. 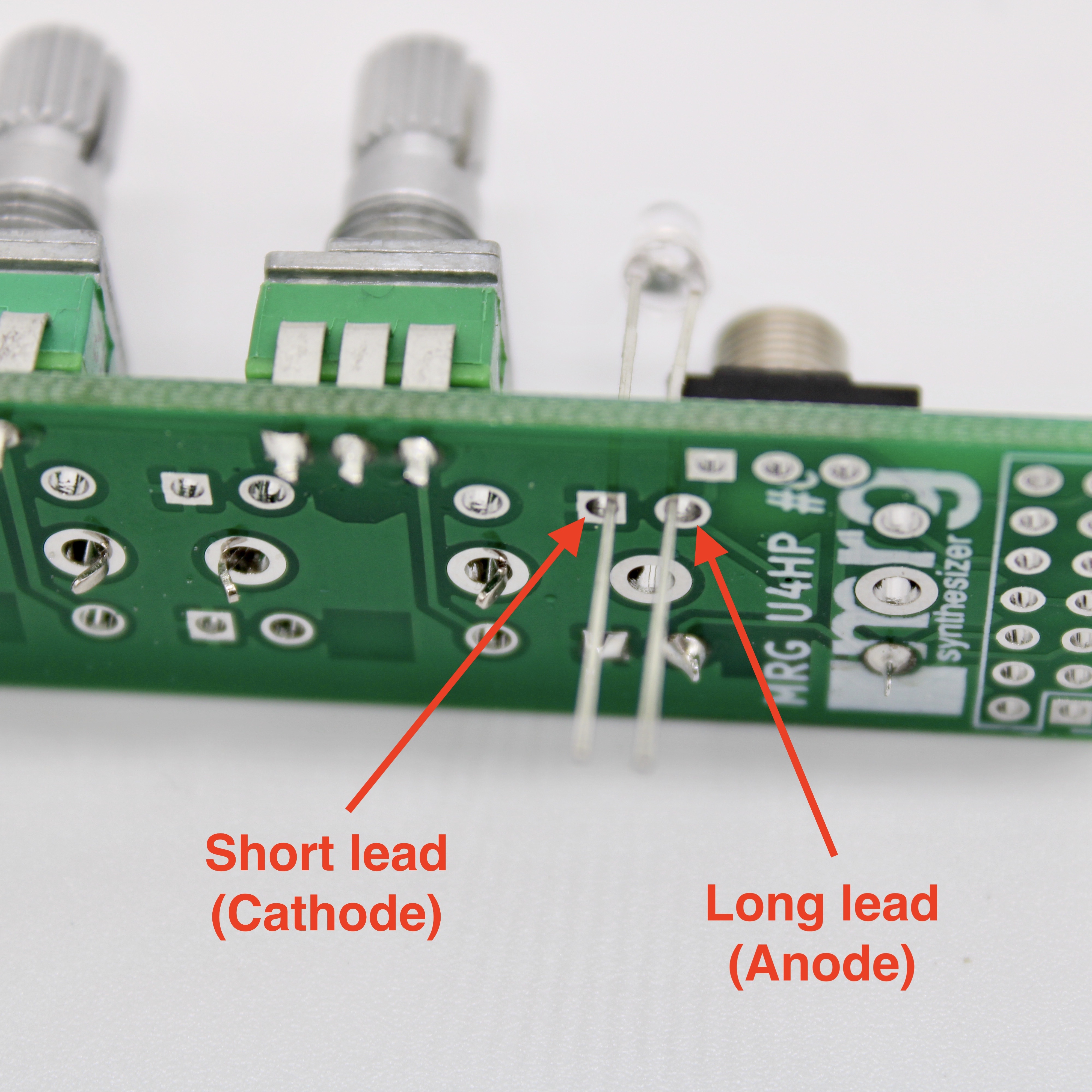 Step B5. Insert the panel again, and check that the LED is fully inserted into the cap. Solder the LED in place. 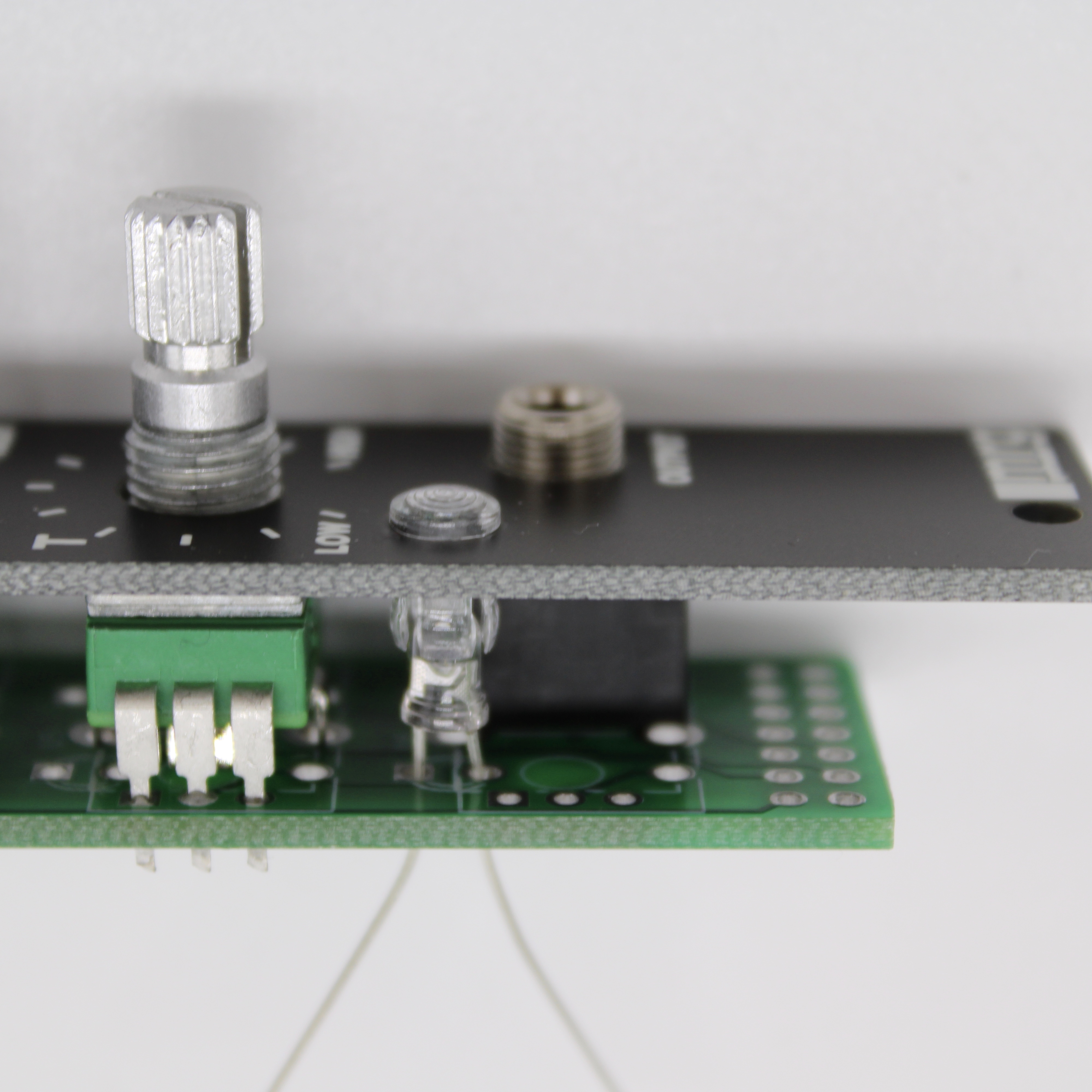 Step B6. Solder the socket headers. Tip: In order to align the Main PCB’s pin headers to the Front PCB’s socket headers, assemble the two PCBs together, as in picture, and solder them in place. Note that the two MRG logos are aligned at the bottom of the module on both PCBs.

Congratulations! The build is nearly done.

Step C1. Insert the IC in the socket. If you haven’t used an IC socket, solder the IC now.

Step C2. All that’s left now is to install the front panel, using nuts and washers to keep it attached, and adding the knobs to the potentiometers. 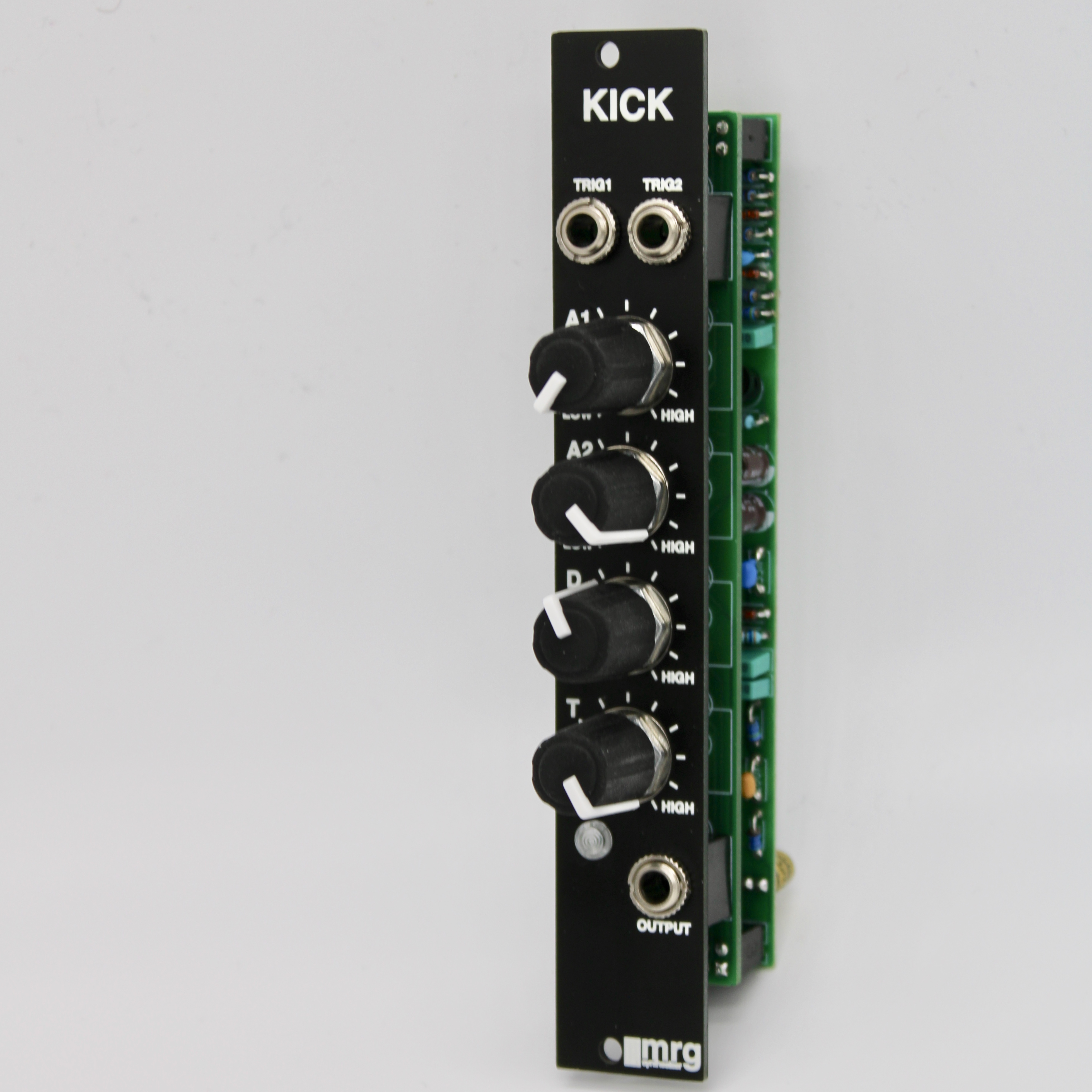